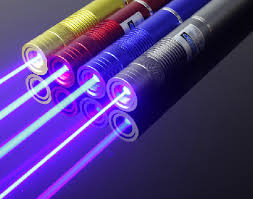 Wound-healing laser soon to be a reality: Israeli scientist | Reuters.

Closing wounds and surgical incisions with a laser is a step closer to reality, Israeli scientists say.

The futuristic technique is better than current methods which damage tissue and can cause scarring, researchers from Tel Aviv University believe.

Head of the Applied Physics Department Abraham Katzir was behind the research. He says traditional stitches or more modern glues are inferior to his new method.

“Today most of the incisions that are made by surgeons are bonded using sutures or clips or chemical glues and there are problems with these methods. And we found that if you heat the incisions spot by spot by laser you can bond it without incisions and hopefully with very little or no scarring,” he said.

Sutures have been used for thousands of years, but the researchers’ handheld bonding device could replace them once the technique is refined enough to be used in human patients.

An attempt to ‘weld’ tissue through heating was tried in the 1970s and 80s, but prior to the Tel Aviv University team’s experiments, nobody had been able to accurately control the heat created by laser light, Katzir said.

“If you heat a spot on an incision to temperatures lower than say 50 or 55 degrees centigrade nothing happens. If you are above 65 degrees than you cause scaring and therefore we found that you have to heat each spot on an incision to roughly 60 degrees centigrade and then you get good bonding without scaring. And we carried out experiments on a large number of tissues, on skin, on cornea,” Katzir said.

Katzir and his team made their discovery after developing an innovative optical fiber that can transmit infra-red light and simultaneously measure the heat of the tissue. Only the single fiber method affords the device the ability to accurately control the laser’s power, he said.

Tissue bonding occurs with the aid of collagen, a protein whose structure resembles microscopic hooks on each edge of a cut which can link together when heated. The bond becomes firm when the tissue cools, Katzir said.

He predicted that a practical tool, once developed, would have dramatic implications in medicine.

The laboratory device has been tested on healing corneal incisions in eyes taken from dead cows and a permanent, tight seal was achieved instantly with minimal thermal damage to the tissue, the research paper said.

The single optical fiber is narrow enough to be threaded into a very thin tube which would allow the device to be used in endoscopic surgery for microscopic repairs to internal blood vessels and nerves, Katzir said. In the first tests on 10 human patients, undertaken in recent months, wounds treated with the laser technique successfully healed, with a reduction in scar tissue. According to Katzir, follow-up examination one year after the surgery should show whether the technique leaves less scarring than traditional stitching.